Ok let’s just take that in for a second. Ahhhhhhhhhhhhh!!!!! I am a frickin BC title holder!! I won not one, but two titles in the Miss BC pageant!!!!

Ok now that’s out of the way I can really dive into the whole pageant experience and what has been going on in my head since last weekend. Yes, a whole week ago…. Pageant hangover is a real thing btw. This was not my first time competing as some of you know I competed last year for the Miss title. Some women were quite surprised I didn’t win, so I have spent the year trying to figure out where I went wrong. I have learnt it was not my time, and that this last year of growth was essential to where I am today.

Although I was exactly where I was meant to be last year I was not ready to show up fully. I thought I did, but this past weekend really showed me what it means to fully show up. Last year I played small and wasn’t ready to be seen completely. I struggled still with feeling like a failure in different areas of my life.

This past weekend I went in visualizing myself being crowned and walking away with a title. So my journey began about two months ago when I knew there was one coveted provincial title that is given to the Miss Teen, Miss or Mrs who raises the most funds for Cops For Cancer. So my first job was to give it my absolute all in fundraising. Last years Mrs Charity raised something insane like $10,000 so my goal was $6,000. I felt this was a bit high but achievable. I reached out to every single person I knew with a business and got over $5,000 in donations for raffle and auction items. I hosted an incredibly fun burger and beer night. I also used a portion of my shirt sales and all Epicure commissions for my fundraising total. My end total was around the $3,500 mark. I was very happy with how much I raised but was positive it was not enough.

Now when it comes to pageant weekend it is an emotional, empowering, tiring but fun time. At my weight and age my body was fighting me for more rest, but I was determined to make it through the choreo for the opening dance number and be 110% involved in the entire process of the weekend which is full of seminars, workshops and lots of rehearsing.

It was during day two I realized how last year I played it small. On show night we have 10 seconds to say our name, city and sponsor. This is the only chance the audience and judges hear you speak unless you make it to the finalists, and out of 51 women you best make yourself stand out. This was realization #1 that I needed to play big, and so when my turn came up on stage I confidently said “Abbotsford, Mrs. Just a girrrrl like me coaching (my awesome sponsor) BBBBOOOONNNIIEEEEEEEEEEE!!!” Think loud, proud and full of sass!! I spread my arms out when I said my name and I owned that shit!!!

Next came sports wear. Last year I was like I don’t play sports and I’m not even that active, and so I used a baseball bat and swung at a pretend ball and cutely walked the stage with a smile. SMALL!!!! This year I clapped my hands to get the audience pumped as I bounced to my spot on the stage and I did a couple Zumba moves, I smiled huge and I engaged with the audience. I was nervous! I was scared! I thought I looked dumb even! But I did it with everything I had and it didn’t kill me!!

My evening gown portion I owned that like I was meant to be there. I made eye contact with the audience and my smile said “hey, I am a winner regardless!”

When my name was called into the finalists I was beaming. I was called #11 out of the 16 and that’s when the nerves really set in. Whaaaaaat! I have to stand on the stage and answer questions. Me speak in public hahahahahaha!!!! Miss Canada was like, Bonnie you got this. Be you! Breathe!!!! My turn came and I made it through without messing up and I answered my questions efficiently and on point. Now we sit backstage and wait….. I will be honest, once I became a finalist my night became a bit about me. What would I do if I win. What if I don’t. Do I deserve this. Holy crap I am in a pageant. My mind was whirling, but backstage the women who did not make it into the finalists were all backstage in a circle building each other up. To me that was a beautiful thing. This pageant wasn’t a competition. Yes we all wanted to win, but we all had a message for the world. We are all change makers with big ideas, and when you see a group build each other up like that you know you are a part of something special.

As we all stood onstage in our beautiful gowns and smiles so big our cheeks all hurt names began to be called for crowns and sashes. “And this years charity winner is….. Bonnie Johnstone!!” What!!!!! You mean I raised the most! You mean I was comparing myself to last years winner and for nothing. You mean this self doubt was for nothing! Omg!!!! I gratefully took my sash and crown as 2019-20 Mrs Charity BC and beamed from stage. I set a goal, and I achieved it! I was now a BC provincial title holder and won a pageant! As more names were being called I began to think to myself I should’ve worked harder for the Mrs BC title, but then “and Mrs. Lower Mainland……. BONNIE JOHNSTONE!!!!” WAIT WHAT!!!?? DID YOU JUST CALL MY NAME AGAIN!!!

That is correct, I won a provincial and a regional title. I worked my butt off, I showed up and I gave it my all. On my way home I started thinking. “If only they could see me now.” The ones that laughed at me. The ones who told me I am uneducated and will amount to nothing. The ones who said I was too fat or ugly. The ones who talked down to me. I will admit I am not your average pageant winner. I am not average in life period. I am me though and I will not water myself down for anyone. I am classy with a dash of gangster. I listen to rap music and often come across as rough around the edges and that is because I am!! I am me, 100% authentically Bonnie and today I am more Bonnie than ever before. I make mistakes often but own them. I am not perfect and that is okay. I however am confident, beautiful, wonderful and full of life. It is my mission to spread confidence everywhere I go. I may get laughed at, or looked at funny but that is ok because playing small never got me a crown. Playing small didn’t get me business. Playing small doesn’t achieve goals.

So like I say in my speeches it is time. “Time to STAND up, RISE up and SHOW up!!” 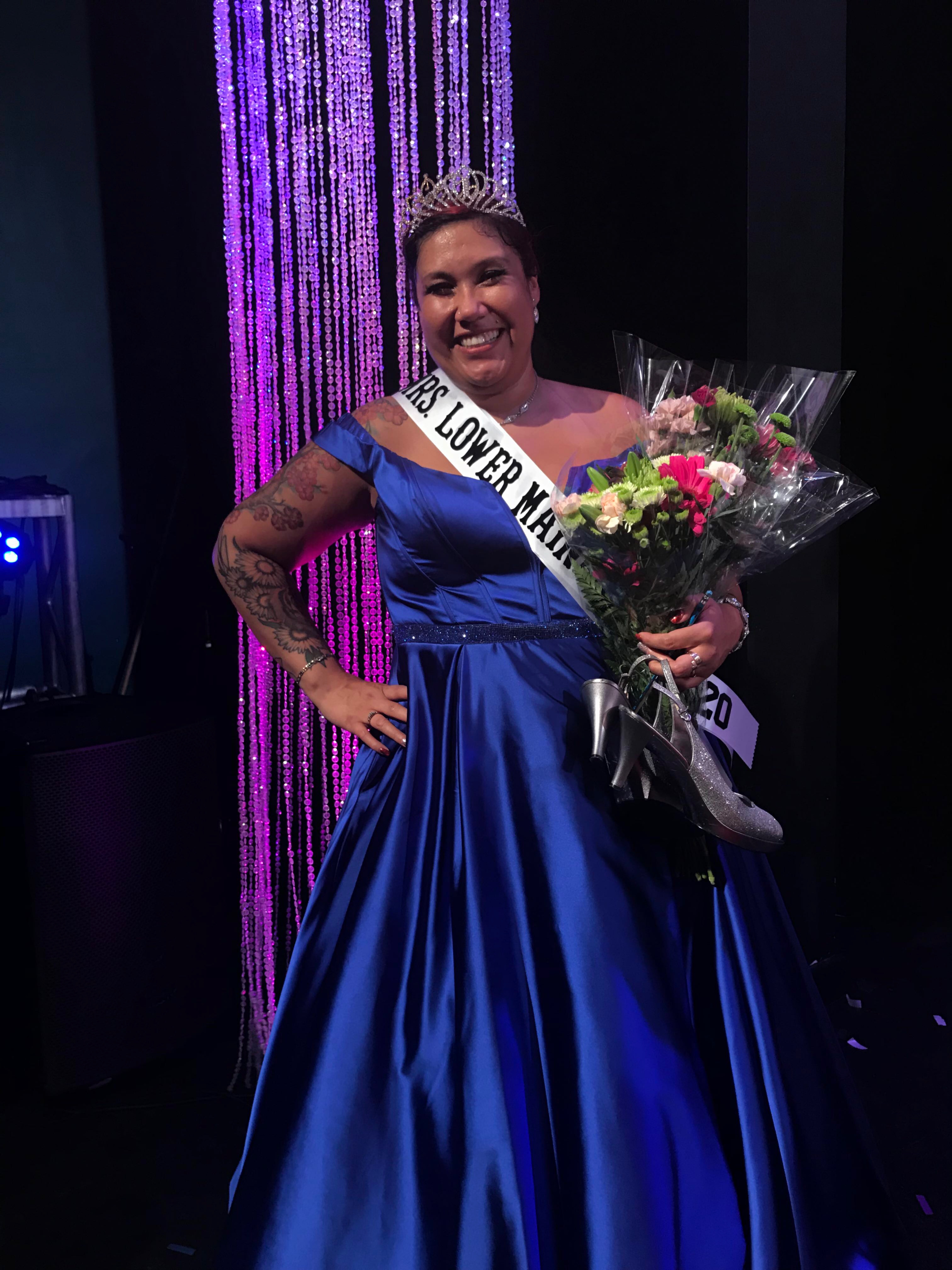