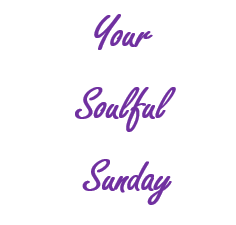 Miss me? I hope so because I have missed blogging. No excuses though okay. I simply didn’t get around to it. I haven’t experienced much of a “normal” life or schedule and some days I barely remember to eat. Don’t worry though, I am working on improving this.

I have decided I will commit to blogging every Sunday and this will be where I let you guys look into my soul. The deep stuff that I would love to share with you. The stuff that drives me, scares me, pushes me to reach farther. I can blog about anything I want but Sundays are for the deep meanings and what I feel deeply about.

So here is a song I want you to listen to knowing that it is significant to me. The backstory to how this song became important to me goes back to when I left my last child’s Father. A man who stripped me of all self confidence and had me questioning my sanity. I was so broken and unworthy of life in my head that I didn’t care if I amounted to anything. When I left him for good I fell into doing a lot of partying and I got an unexpected phone call asking me to come to Mission Hospital because my big brother Eddie was dying and if he didn’t get on life support soon he wasn’t going to be around much longer. My brother I thought? I hadn’t seen him in years! I mean 8 years with my ex and I didn’t see a lot of anyone and had no social media or outside friends.

The thought of my brother dying and my guilt that I abandoned him was overbearing. I got into my car and this song came on immediately. Please listen before reading on.

In case you didn’t know my brother Eddie lived with severe epilepsy called Lennox Gastaut and had over 30 other disabilities. On a good day he was about as old as a 4 year old. He spoke minimal words but he always remembered who I was “bunny.” I was in the emergency room within the time this song played and signing off to have him put on life support. I held his hand so tight but his body was so cold. He was dying. My brother was leaving me and I was too selfish to visit him. The hospital was too small for him and he was transferred to Abbotsford as they could better handle him. I got in my van and headed right there to be by his side.

This song was on again!! I got to the hospital and once he was in ICU I was told not to expect him to last the night. He was seizuring over and over and his eyes stayed wide open. They taped them shut and I started to crumble inside. I had to tell my Mom and no one wanted the task of telling her that her son was a dying. Although she didn’t raise him he is her prized child (maybe because he didn’t talk back) and of course she freaked out over the news. Especially because I was called to give authority on HER son. My Mom is not one to reason with, so I was the better option even though I did not have my shit together. I hid my addiction extremely well during this time.

So we stayed by his side. I prayed. I cried. I was ashamed this was the longest time I’d ever spent with him. Eventually I had to go home to my children. I said my good bye and that I would hope to see Eddie in the morning. The next day we sat down with the Dr’s and team discussed if I wanted to do a DNR if necessary. I said absolutely not as Eddie couldn’t stand a stray string on any clothing wether on him or not let alone a tube in his throat if they chose a tracheotomy, and if they tried to resuscitate him they would likely break his frail ribs. Nope, little sis wants quality of life over selfishness. Did I mention this song played each and every time I went into my vehicle!?

Day 3, the same guy who told me to prepare for my brothers death said hes tough. No, he is a miracle. He started to get better and better every single day! Eventually he was fine, and moved to a new group home care where he lived his remaining few years. This song has come on periodically throughout the years when I am down and it has many meanings for different people but for me it is my sadness of not being loved by my Mom and being molested by my step dad. About stumbling down and learning to love myself after years of not having true love. It’s me telling Eddie to say something to me. It means he will follow me wherever I go. It’s the people who have given up on me. I took this song as something more than a sad love song and it summed up my life and my relationships and my push to not give up and to say something which is exactly what I am doing today. Today I am saying something that needed to be said 30 years ago and my brother is right by my side!

I leave you tonight with a clip of a video I made last year in a challenge I was in. It is dedicated to my brother and my sobriety. Thank you for peering deep within if only for a few minutes .